I visited the Tempello site (Bottom Tomlinsons) again on the 24th October. David and Jo had just put some trading cattle on the block to graze. They were hoping to be able to shut this block up and allow it to set seed, and replenish the sub clover seedbank. This was the plan early on in spring, however it has become necessary to remove some of the excess grass cover to reduce competition to benefit the sub. 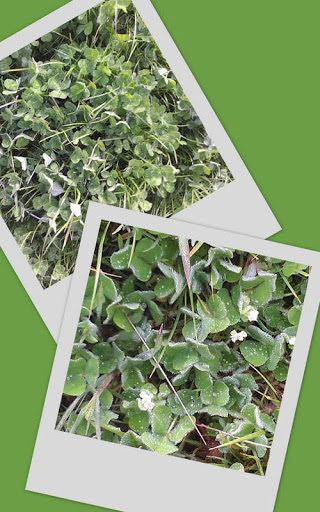 We are now in mid-spring and although it is look very green, David says that the feed situation on the farm is not that great at the moment and is another reason to get into this block and graze earlier than planned. Lack of sun, a very heavy frost on Saturday 20th October, and then a string of light frosts this week has really halted growth. The soil moisture is looking good, we have had a long cycle of strong north westerly gales (a normal spring equinox), but we have had regular rains lately which has gone some way to replenish soil moisture levels. Conditions were looking to be quite dry about 3 weeks ago on the sunny faces of this block and as a consequence some of the resident sub has started to flower (see photos left). There are however only a few plants showing signs of flowering and David doesn’t expect this to continue till much later in the season. 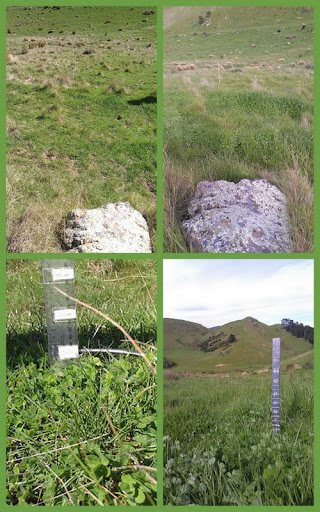 On the right is a set of photos taken at the first visit (8th September, photos on left) versus yesterday’s visit (24th October, photos on right). Average pasture height (not including tag and tussock) in this block has gone from 4-5 cm to 14-16 cm. You can also see the change in the transect shot looking down the slope (boulder in the bottom of the photo). The sub has certainly increased within the pasture sward, but so too has the grass (mostly perennial ryegrass, browntop and sweet vernal). David and Jo know the competitive pressure that grass can put on sub clover and have got in quick to remedy the problem by grazing early and preserving the sub component. There may still be time later on to shut this block up to allow sub clover reseeding. David and Jo will revisit this decision soon.

The trading steers are expected to be drafted late next week. Very few of them were grazing whilst I was there, and looked to be very contented. The Griggs do not usually have any issues with Bloat in their cattle and do not routinely use Bloat remedies. We will revisit this paddock again in late spring.