North face is still going strong, and had been grazed off with Lambs in mid January, followed by a quick 24 hour clean-up graze with cows. The rains that occurred in January meant that this paddock was able to be grazed, otherwise it was going to be shut up for another month.

The following clean-up graze with cows was necessary to remove Fathen that had established in this new pasture. Fraser finds that if sheep, in this case lambs, are pushed to eat a high proportion of Fathen they usually get a bad case of scours. The cattle are better able to withstand grazing Fathen and seem to find it quite palatable. The post grazing residual was about 2 inches.

Fraser is really happy with this new paddock, there is a good mix of species, is relatively weed free, and has established well following the slow start to spring, and pest problems (covered in earlier blogs).

The Prairie grass had set seed prior to grazing and was starting to set seed again at my visit, as well as the plantain. The next graze will occur after the Lucerne has flowered (the other species will also have set seed in this time) and then the paddock will enter the usual paddock grazing rotation. It is important to allow the Lucerne to flower, so that the root reserves are replenished for drymatter production the following year. 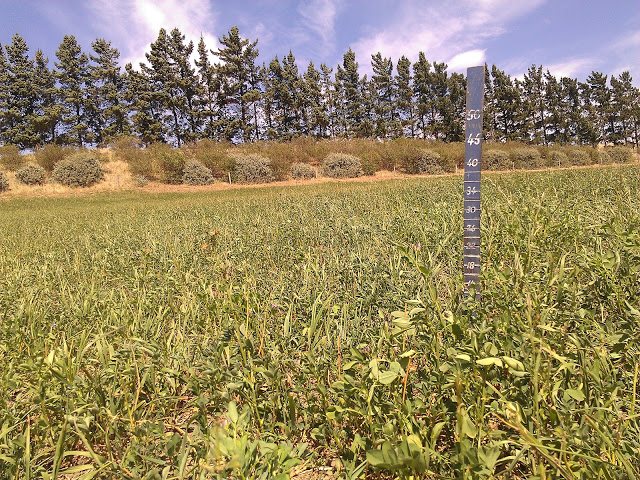 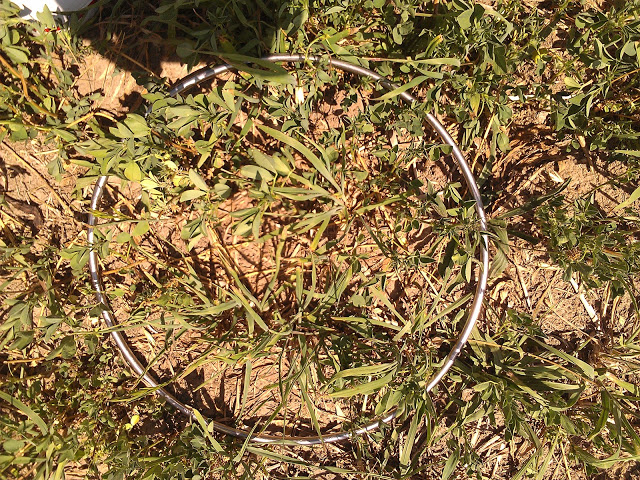 This paddock has been a very successful establishment of permanent pasture, and has now entered into the normal paddock rotation. The use of a break crop (in this case Omaka Barley) has meant that the resident weed population was negligible pre-sowing with the Bonavaree mix. The multi-stage process of the Lucerne mix establishment has been very successful. There is a large emphasis at Bonavaree to not rush into Lucerne or Lucerne mix establishment, if conditions were not conducive to sowing Lucerne last spring, i.e. uncontrolled weeds, then it would have been postponed, or the paddock put through another break crop and sown with the Bonavaree mix the following spring. It is very important in a multi-species pasture sward to have no resident weed issues prior to sowing, this is because the number of herbicides that can be used are reduced as most will target one or more of the sown pasture species within the Bonavaree mix.

Continual monitoring directly after sowing has also produced a well-established paddock that could have been decimated by pests late last year.

Careful management in this paddock’s first year, with regard to timing and length of grazing has aided species establishment.

Re-seeding of all pasture species in this mix within it’s first year has meant that the soil seed bank has increased, and will in the future replenish the original sown plants.

Allowing the Lucerne to flower prior to grazing has increased the root reserves of this plant and will mean it is more resilient to future droughts by allowing it to access sub-soil moisture and soil nutrients.

We will no longer follow the progress of this paddock since it is now established and entered the paddock rotation. Further reports will still be made of the Glen Erin House Paddock which is an identical pasture mix to this one, although is one year older in establishment.