The last couple of months have been an episode of extremes at Bonavaree; record weather highs and lows, destructive gales, and to top it off several major earthquakes!

Firstly…the weather:
June was cold, wet and cloudy (it broke several records according to NIWA – see summary table below) and then July was completely opposite in terms of inclement weather. August has kept up the warmth and been perfect for lambing. 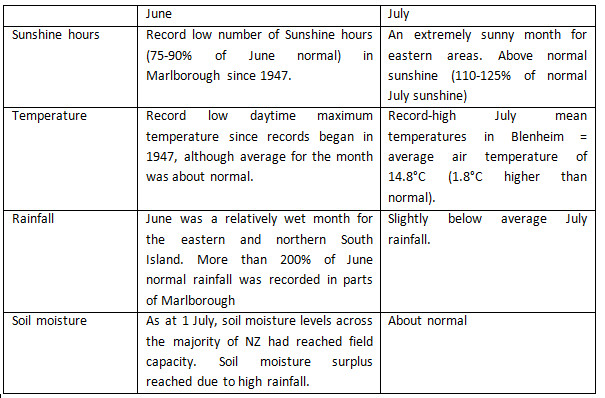 The storm:
The devastation caused by one major weather event in late June meant a large clean up at Bonavaree and the surrounding Ward/Seddon areas. The timber from felled pine trees have mostly been able to be harvested and utilised, with frequent truckloads of logs leaving Bonavaree. A couple of photos below from Doug of the “naturally” felled trees, and the end product leaving the farm. 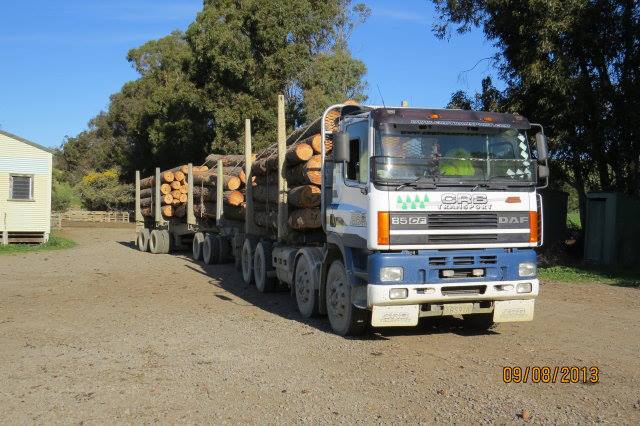 …the earthquakes:
And then there were the earthquakes!
The epicentre of these earthquakes have been centred very close to Bonavaree, with the largest (6.6 on the richter scale) located approximately 100m from the Bonavaree farm boundary. There has been damage, but the Avery’s are getting back to normality and are still positive that this will be a record breaking year at Bonavaree. Despite the hurdles that the environment has thrown at the Avery’s their focus on their families as well as farming well has not waivered, and their resilience to these sorts of factors is remarkable and admirable!

With lambing just about complete, the results of providing animals with top quality feed and a record scanning is being realised. As noted the weather for lambing in July (and into early August) has been very favourable for a successful lambing. And with tailing underway now, things are looking on-track for a record lamb crop this year.

Lambing onto Jeffries Front Flat
Jeffries Front flat has been used this year for lambing. Fraser had made this decision to graze this pure lucerne paddock with a small mob of triplet ewes. Fraser recognises that set stocking is not best practice on a lucerne paddock, but the estimated feed requirements from the results of the massive scanning % has necessitated the use of these paddocks. This was indicated by earlier feed planning based on feed demand of the high number of multiple bearing ewes and the anticipated regrowth from other paddocks may not have been sufficient to meet these demands.
Jeffries Front Flat is also extremely suited to lambing ewes, due to great shelter, and good visibility from the road – to keep an eye on things. The stocking rate on this paddock is 27 ewes (photo below, lower photo taken by Doug) in addition to their triplet lambs on this 3.3 hectare paddock – so this current lambing stocking rate is about 50% of what the stocking rate during later grazing rotations will be. 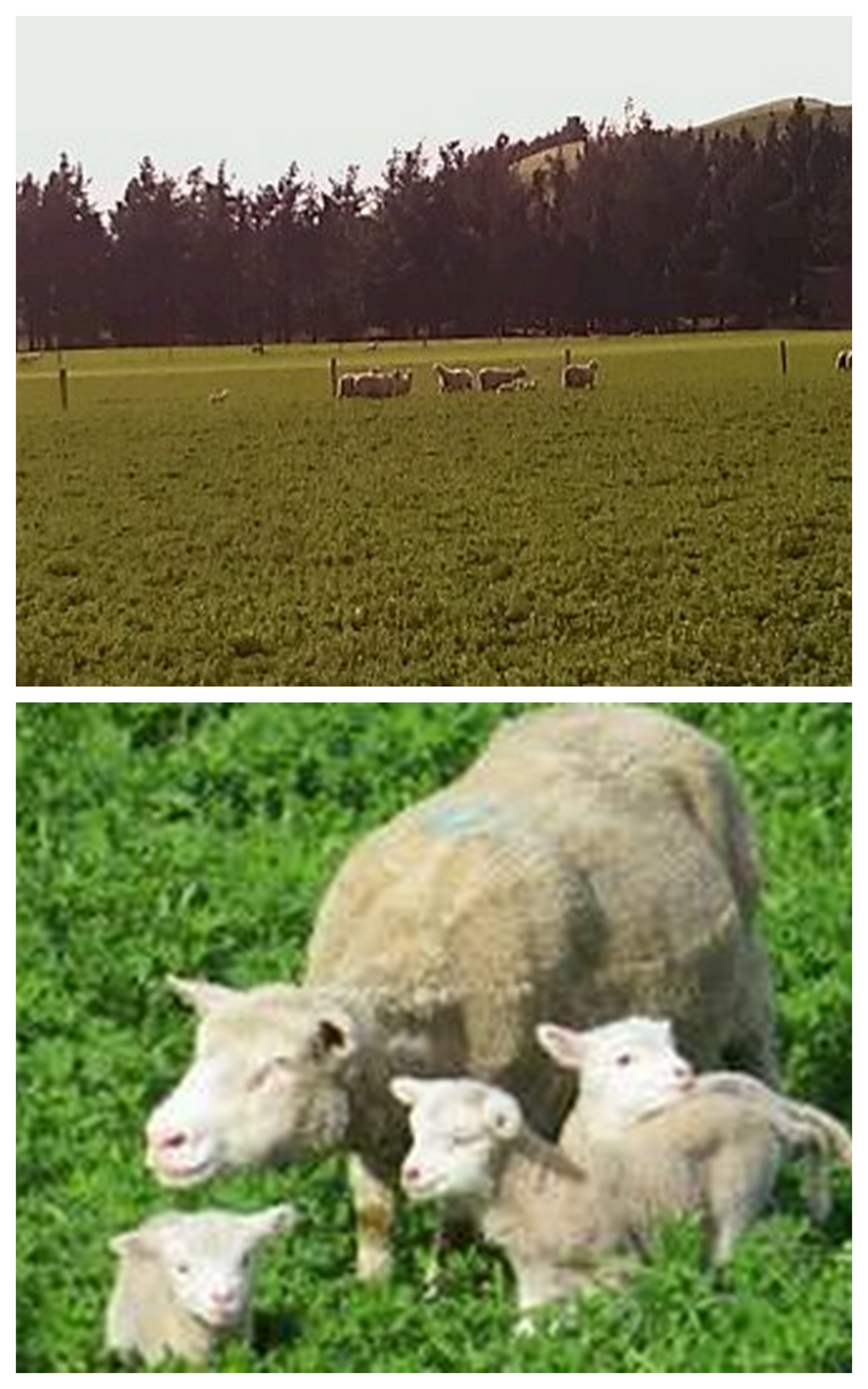 Set stocking onto lucerne at Lambing

Set stocking is a very short-lived practice at Bonavaree. Ewes and their lambs are only set stocked until tailing (about 3 weeks), and they are then boxed up “really quick”, and enter into a regular paddock rotation. Fraser states that the “only time when set stocking is alright is at lambing”. Rotational grazing suits lucerne and lucerne based pastures, it also suits optimal liveweight gains of lactating ewes and their offspring. Lambing is very compact at Bonavaree, with an average lambing spread of 3 weeks, it suits the system of a short set stock, followed by tailing and boxing up, and therefore a quick return to rotational grazing management. Fraser puts this down to the efforts made to synchronise the ewes with Teaser Rams prior to mating.

Stocking rate:
Fraser’s policy of stocking rate when set stocking on lucerne paddocks is not set in stone. It is based on each individual paddock according to how a mob of ewes will distribute and spread through a paddock when lambing. Each paddock has it’s own features according to the way a lambing mob of ewes will behave, i.e. in some paddocks the ewes will only use a small proportion of the paddock when they have young lambs at foot. This varies according to each individual paddock and is normally the furthest away point from regular traffic movements, or has some shelter in the form of a hill, treeline, etc. Fraser has noted this over the years, and each mob of lambing ewes will exhibit the same mob behaviour and pattern of lambing site according to the paddock they are put in.

Leaving them plenty of room and feed growing ahead of them is the key. To reduce the instance of mis-mothering, which is a real threat with multiple bearing ewes, the ewes are set stocked very lightly. The ewe/lamb bonding process is the most effective when ewes are allowed to lamb at their chosen site, with minimal disturbance, and potential mixing with other ewes and their lambs is reduced. Lambing onto high pasture covers of great quality feed so as to not have to walk long distances to graze and meet high energy requirements of lactation is also important to ewe-lamb bonding. See photo below (lower photo taken by Doug in July) of Jeffries Front flat – with a sward height of approximately 28 cms, there is ad-lib feed on offer to this small mob of triplet ewes (approximately 8 ewes/ha). 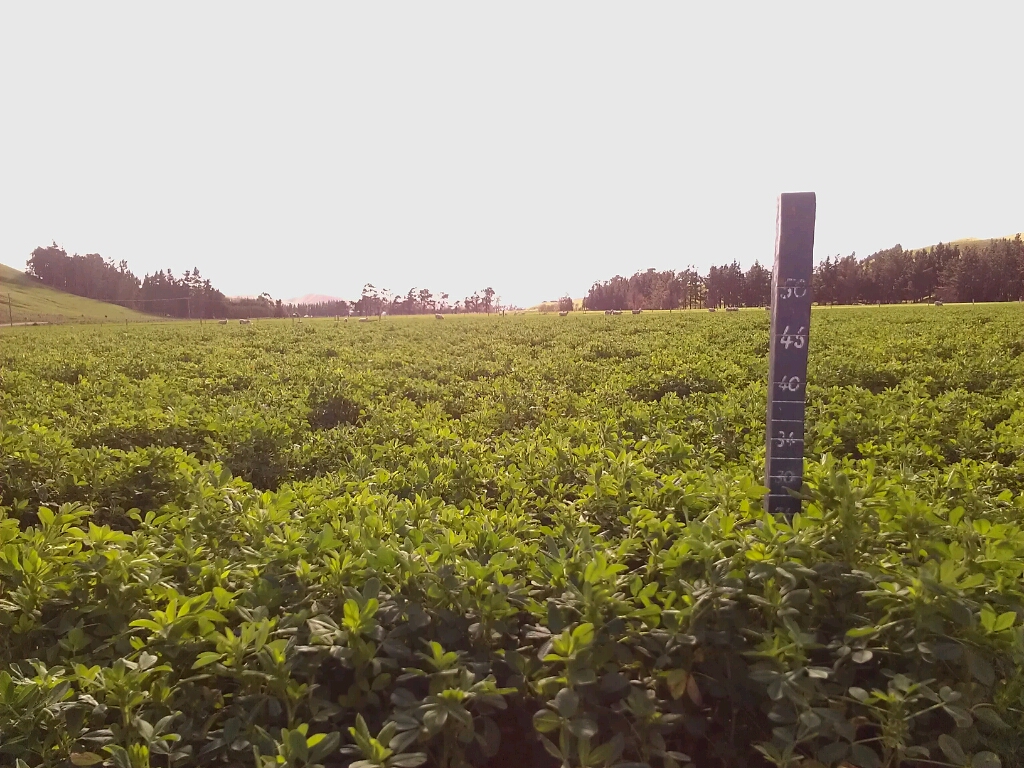 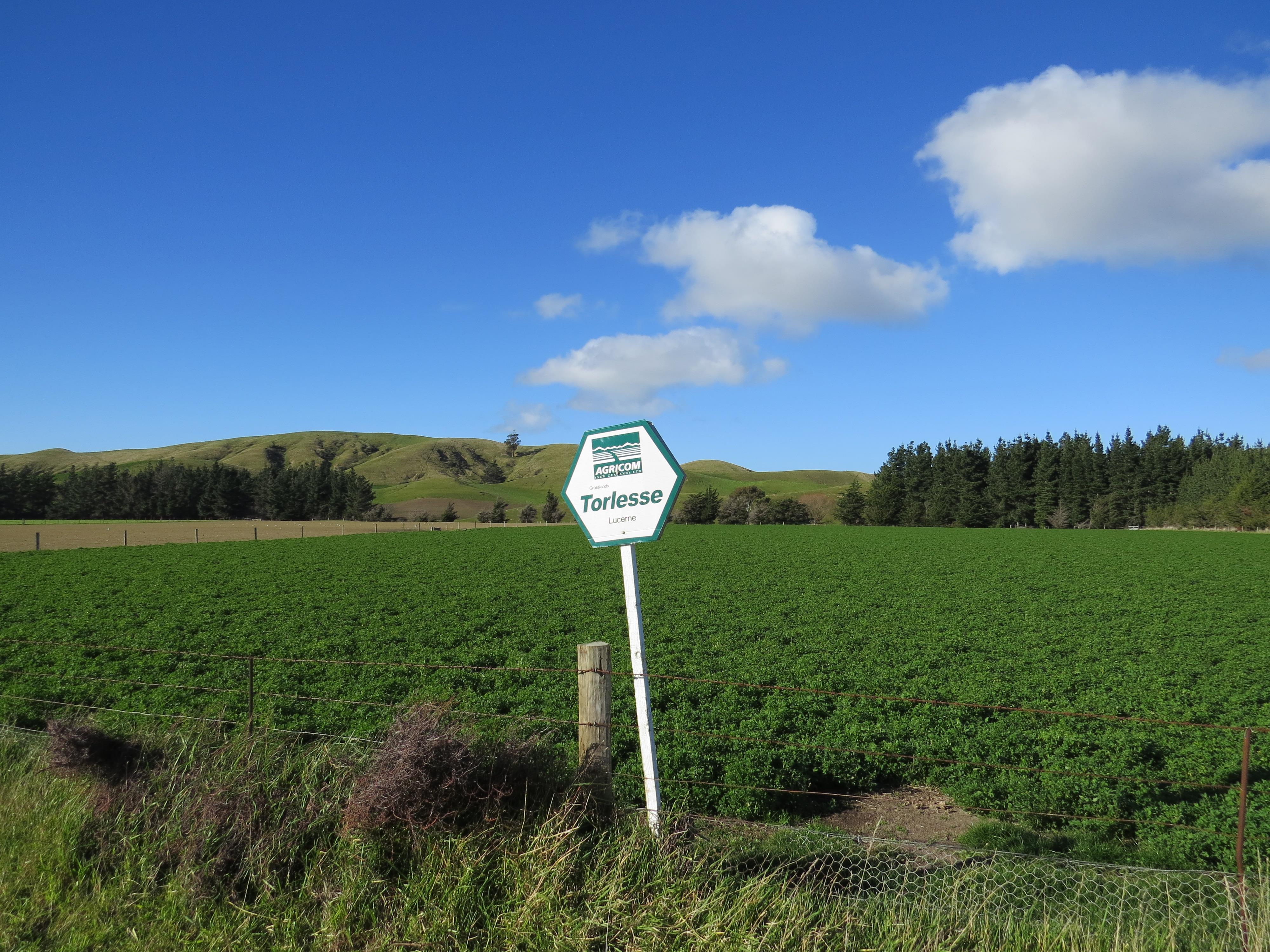 The lucerne did exhibit signs of dormancy in June due to the rain and storms throughout June, but was reasonably short lived this winter and has jumped into spring growth much earlier this year although the stems are still reasonably tough. The soil moisture is looking good in this paddock despite minimal rainfall in July.

The feed requirements at Bonavaree is usually at it’s highest in the 3rd week of August, and this is when a feed pinch normally occurs. In previous years this gap has been filled with lucerne hay and baleage, although by and large hay and baleage supplements are used at Bonavaree to balance the diet, rather than supplement a feed shortage, i.e. the majority of the stocks’ feed requirements are grazed in situ. However with the weather being so mild, the feed situation at Bonavaree is looking particularly good.

Fibre and Salt on lucerne paddocks:
The lambing ewes on the pure lucerne paddocks were not being fed any fibre or salt when I visited. Fraser has found that these paddocks are just coming out of their dormancy period, and as such are not lush enough to warrant giving hay or salt to. In addition the ewes may leave lambing sites early, potentially mismothering their lambs, to feed on the supplements. This is a situation that Fraser wanted to avoid, especially in the triplet mobs. If however the lucerne showed rapid lush growth, then fibre and salt would ideally be fed to these mobs on pure lucerne. It is advised that you seek detailed information from your local vet clinic to aid your decision on using salt and fibre as local conditions and local climate will determine the requirements of your stock.
Salt was made available to all sheep right up to set-stocking. Once ewes and lambs have been boxed up after tailing then the Avery’s will start to feed good quality lucerne hay and salt to their ewes on pure lucerne paddocks. This usually coincides with the second rotation, when rapid spring growth occurs.

Which paddocks are used for lambing paddocks, and why:
Most of the farm is used for lambing, as the lambing ewes are spread well out at set stocking. Lambing paddocks are scattered around the farm instead of being located in one big block, this makes pasture rotation management much easier post-lambing as it means that several paddocks within a block are at different growth stages. The aim of feed budgeting and management at Bonavaree is to keep one step ahead of the demand. As already discussed stocking rate is light at set stocking to minimise confusion and mis-mothering at lambing. The quantity and quality of feed at lambing is not an issue at Bonavaree, as this is planned months in advance.
When set stocking for lambing occurs, the first paddocks to be selected for lambing are:
– the lucerne/prairie grass/plantain paddocks, and
– then annual ryegrass and Omaka barley paddocks,
– and lastly; a handful of pure lucerne paddocks (these paddocks had their clean-up graze earliest in autumn, and in the instance of Jeffries Front Flat was harvested for seed in April).
Low lying paddocks are deemed too wet to lamb on and so these paddocks are grazed early to avoid using them during lambing.
Pure lucerne paddocks that had been sprayed out for weeds earlier in the winter, as well as the low lying paddocks can then be used after tailing once the ewes and their tailed lambs go back into a grazing rotation.
Sheltered paddocks are also favoured for lambing paddocks. There are also areas on the farm (such as the planted Tagasaste and Salt Bush blocks) that can be used by small lambing mobs if conditions get particularly stormy or rough. These areas were utilised last year during lambing due to the record wet lambing conditions. This is another benefit of keeping lambing mobs small and manageable…if the weather does become really rough in the peak of lambing, small mobs are easier to handle if shelter is required quickly.

Key Bonavaree Points:
– Plan early, and always keep one step ahead, this creates flexibility in the system, and allows you to cope with any unforeseen events that could severely impact production.
– Have contingencies or insurances on hand such as conserved supplements, e.g. good quality hay and baleage, to be used if required.
– Set stocking is a very temporary management practice at Bonavaree, the only time it is used is at lambing. Rotational grazing is King – “rotational grazing works for everything, not only the pasture, but the stock thrive on it too”.