It is late spring and the sub clovers plants have already flowered! This year, in Canterbury the late rains in mid-November have extended the growth season of the sub clovers, which is a bonus given their late germination after a dry and warm autumn.

In dryland areas the success of sub clover depends on the vegetative phase to accumulate biomass for animals to consume followed by enough time for flowering and seed set before rain stops and the sub clover plants complete their annual life cycle and die.

Flowers of sub clover are produced on branches (runners). Flowers are tiny (~5 mm) but can be easily spotted at the beginning of the flowering period (see more in the Guide for subterranean clover identification and use in New Zealand (1st Edition).

You would also notice that the sub clover started flowering weeks before the top flowering red and white clovers which is why sub clover is more suited to summer dry environments.

The image below shows a runner of the resident cultivar ‘Mt. Barker’ taking over a vacant space in the sward. The tip or the runner with the most recent flower: then, from left to right, the flower changing to a burr and fixing itself into the soil. If you look closely at the flower you will see the red band around the bottom of the white sub clover flower which helps us identify ‘Mt Barker’ in the field when looking at areas that haven’t had recent sowing of sub clover. The early cultivars, such as ‘Monti’, ‘Seaton Park’ and ‘Trikkala’, have had sufficient time to peg down many of the burrs already, taking the advantage of a soft soil surface in October. 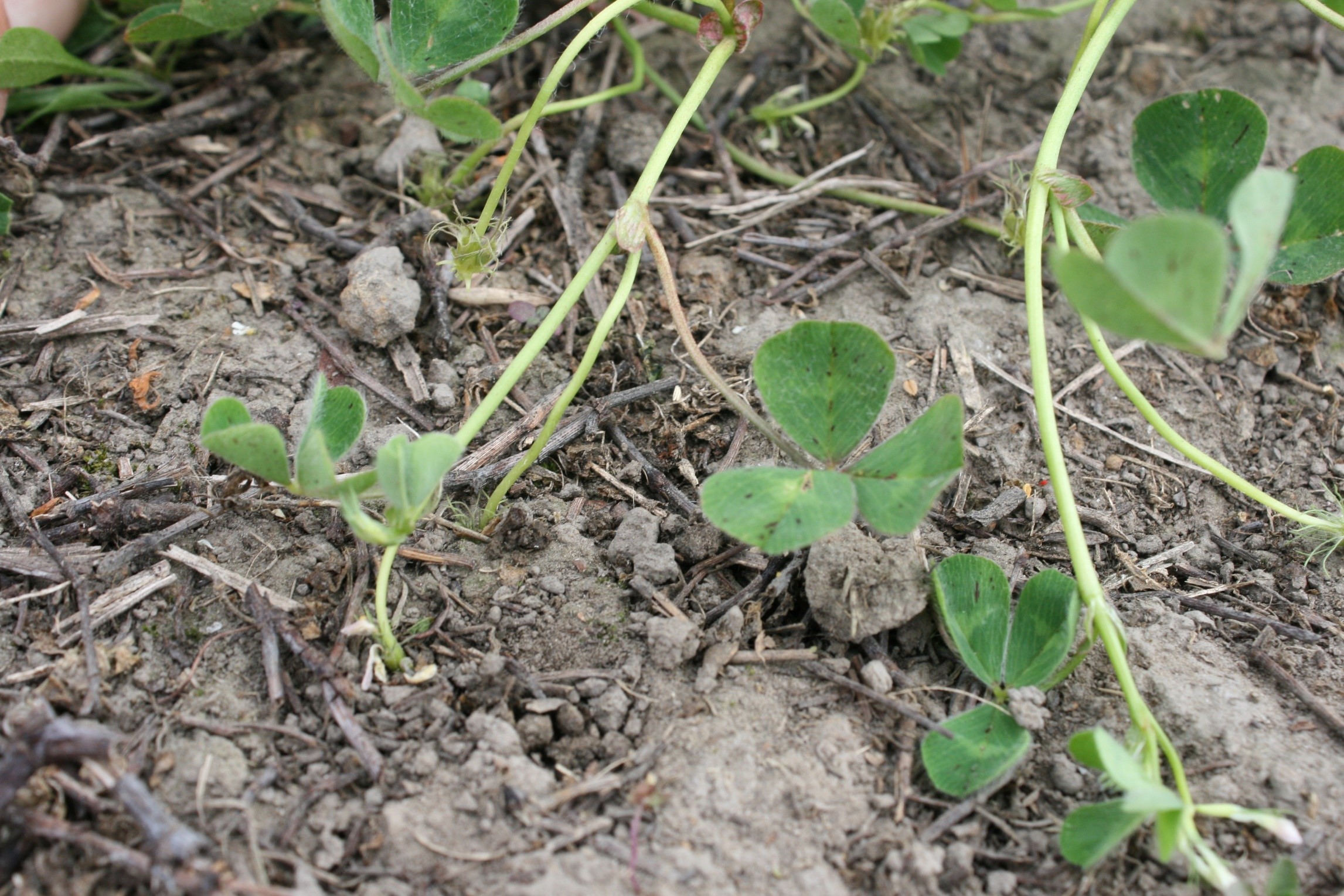 Similarly ‘Narrikup’ is up to the same thing! The last week of rain favoured the production of more floral buds and burr burial compared to November last year. The late maturity cultivars (e.g. ‘Denmark’, ‘Leura’ and ‘Rosabrook’) will certainly benefit from the late rains. The next image shows in detail an immature ‘Narrikup’ burr growing towards the ground. 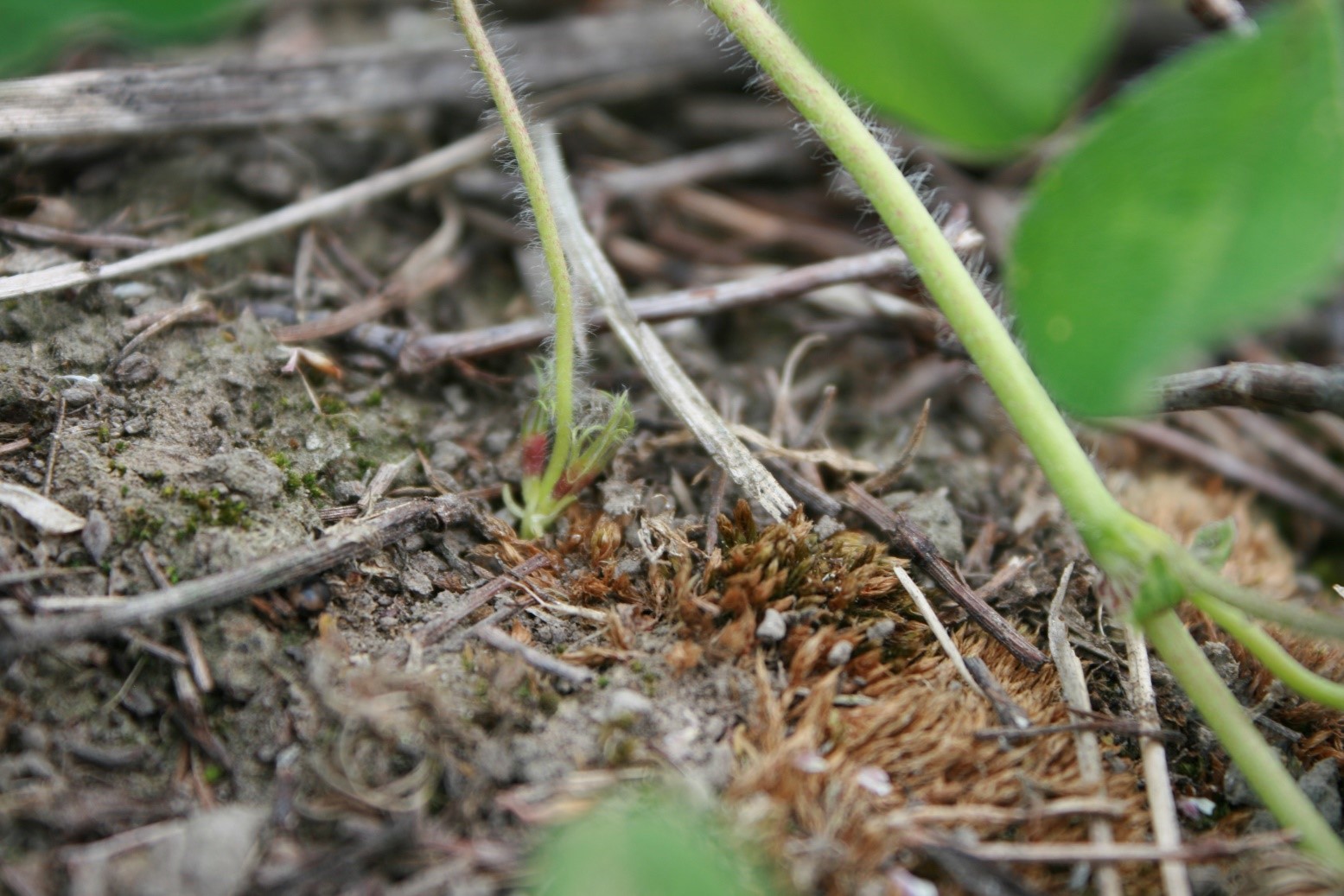 Figure 3. An immature burr of a recently introduced cultivar ‘Narrikup’. Field Research Centre, Lincoln, New Zealand (Photo: C Teixeira, November 23, 2016). Note: It also has that red band but around the base of the flower.

This next photo shows the more developed burrs, with some already buried. Clever plant!

It is important not to overgraze the subs, especially the mid –late flowering cultivars. Grazing the plants late or too hard in spring will result in runners being eaten, particularly by sheep. This reduces seed yield, and consequently, gives less persistence in the following years. This is particularly relevant for the less prostrated cultivars such as ‘Antas’ and ‘Woogenellup’. The next photo shows the occupation of empty areas by the long runners of ‘Antas’. To maximize seed set of sub clover, either remove stock from an area altogether or, in a growth spring like this one, use cattle to keep on top of the grass seed heads while the sub does its thing burying those seeds. The more light that can hit the leaves of sub clover the bigger those buried seeds will become. 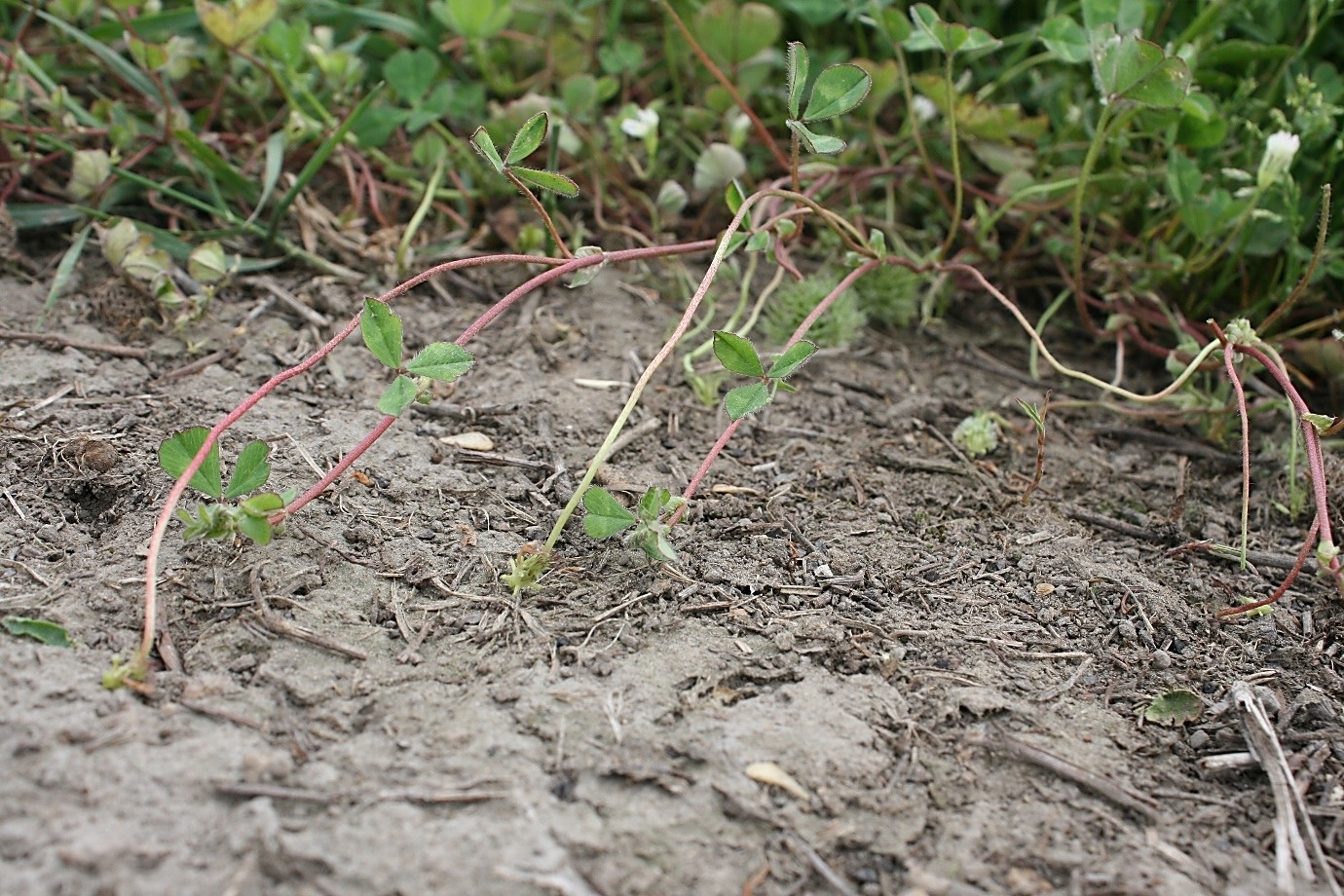 Burr and seed development is under way for the subs as summer time approaches! The main flowering stages of sub clover can be visualised in the following image: from floral bud (top row -left) to burr formation and development; and finally, the desiccated burr (bottom-right) which contains the dry seeds.