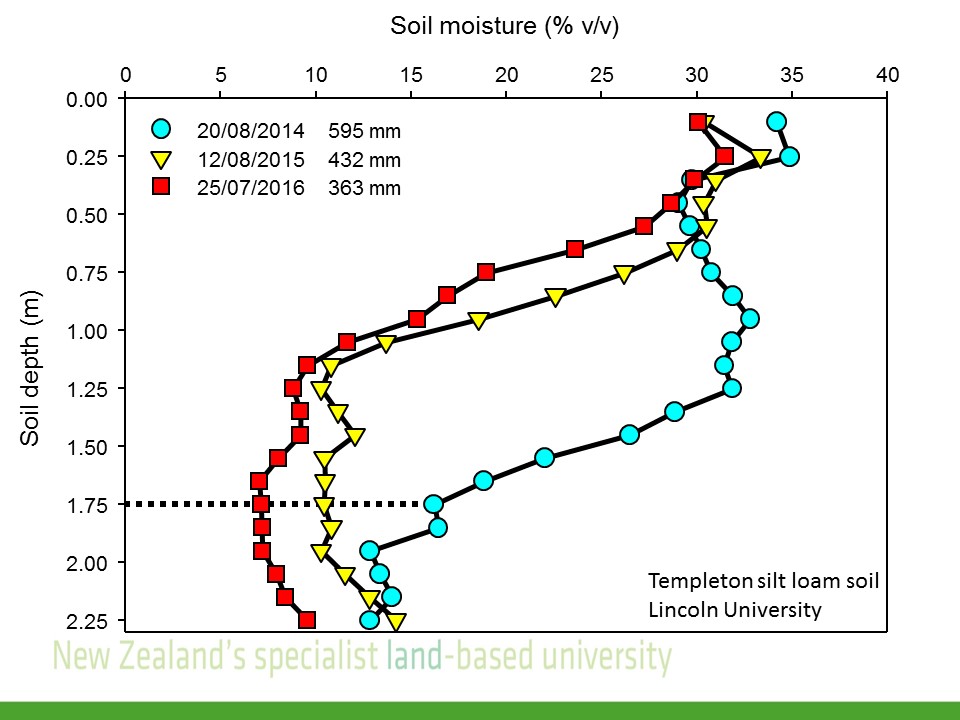 In these three short videos, taken on 3 August 2016,  Derrick talks about the current soil moisture status of a shallow and a deep soil as we prepare for the spring growth season in our dryland systems.

In the first clip we see a lucerne stand on a deep Templeton silt loam soil at Lincoln University. Use of a neutron probe to measure soil moisture and the effects of canopy cover in relation to soil water losses from soil evaporation and plant transpiration are discussed (3¾ mins)

In the second video Derrick talks you through differences in the soil water status of the Templeton silt loam soil as measured in July 2014, 2015 and 2016 showing a lack of rainfall over winter has been insufficient to recharge the soil at depth (5 mins).

The third video looks at data collects in July 2014, 2015 and 2016 on a stony Lismore soil where one of our dryland grazing experiments is grown at Ashley Dene and shows the stone content limits the ability of the soil to store rainfall over winter. He highlights the importance of in season rainfall to maintain growth on these soils (3 mins).