It is summer time New Zealand and the sub clover plants sown in last autumn have died. Few sub clover flowers are visible compared to November (see our previous post “What’s up with the Subs 4 Spring”). By mid-December last year, the sub clover leaves had turned yellow and dried off. Meanwhile the other perennial clovers (white and red) and the annual balansa clover were actively growing and starting to flower (Figure 1). On this site in a deep Wakanui soil, and with late spring rains this year, the perennial clovers have been able to survive the summer. This has been in contrast to the conditions on our stony soil at Ashley Dene or in the very dry hot summer in Hawkes Bay where less water is available in late spring-summer.
This shows the sequence of clover productivity which is possible where summer droughts are shorter (2 -3 months) and the perennial clovers survive. The cool season active sub clover is more productive in early spring but sets seed and dies in November/December. Note the runners of sub clover underneath the canopy…no flowers are visible because they push the seed heads (burrs) into the ground or place them on the soil surface.

The photo below shows the sub clover plots sown last autumn in Poukawa, Hawkes Bay. The subs are dead now but a new generation of seedlings will renew the clover pasture with the autumn rains when the seeds produced germinate.

To bury or not to bury?

Seed burial depends on the degree of geotropism, an inherent cultivar feature. This mechanism evolved to protect the sub clover seeds from animal grazing and to ensure plant survival.

The sub clover cultivars which bury a large proportion of their burrs invest in building up an enormous seed bank in the same area where the seeds were originally formed. Strong burial protects the seeds from grazing, predators, high temperatures or drought. The seeds have less chance to disperse far away though. ‘Narrikup’ is an example of a cultivar with strong burr burial. However, the burrs/seeds which are not buried can be carried on the fur or wool of an animal. The seeds then have the opportunity to travel relatively long distances, over the hills, new paddocks, etc. This increases the chances for sub clover to colonize new areas.

Figure 4. The ability of burrs to “move”! ‘Woogenellup’ burrs/seeds which were not buried may have a chance to colonize other areas. (Photo: 02/01/ 2016. Field Research Centre, Lincoln University. C. Teixeira)

Exactly this strategy of dispersion brought sub clovers all the way from Europe to Australia, probably in hay or straw used for animals. Examples of these type of sub clovers are: ‘Mt. Barker’, ‘Woogenellup’ and ‘Antas’.
And there are the cultivars which use both strategies, like ‘Leura’ which sets seed both above and below ground (see our sub clover guide for more information about cultivars and their characteristics).

Each sub clover burr contains 3-4 seeds, and the colour of the seeds can be used to identify sub clover subspecies. The subspecies yanninicum has the white-cream coloured seeds while brachycalicinium and subterraneum have dark-black seeds. 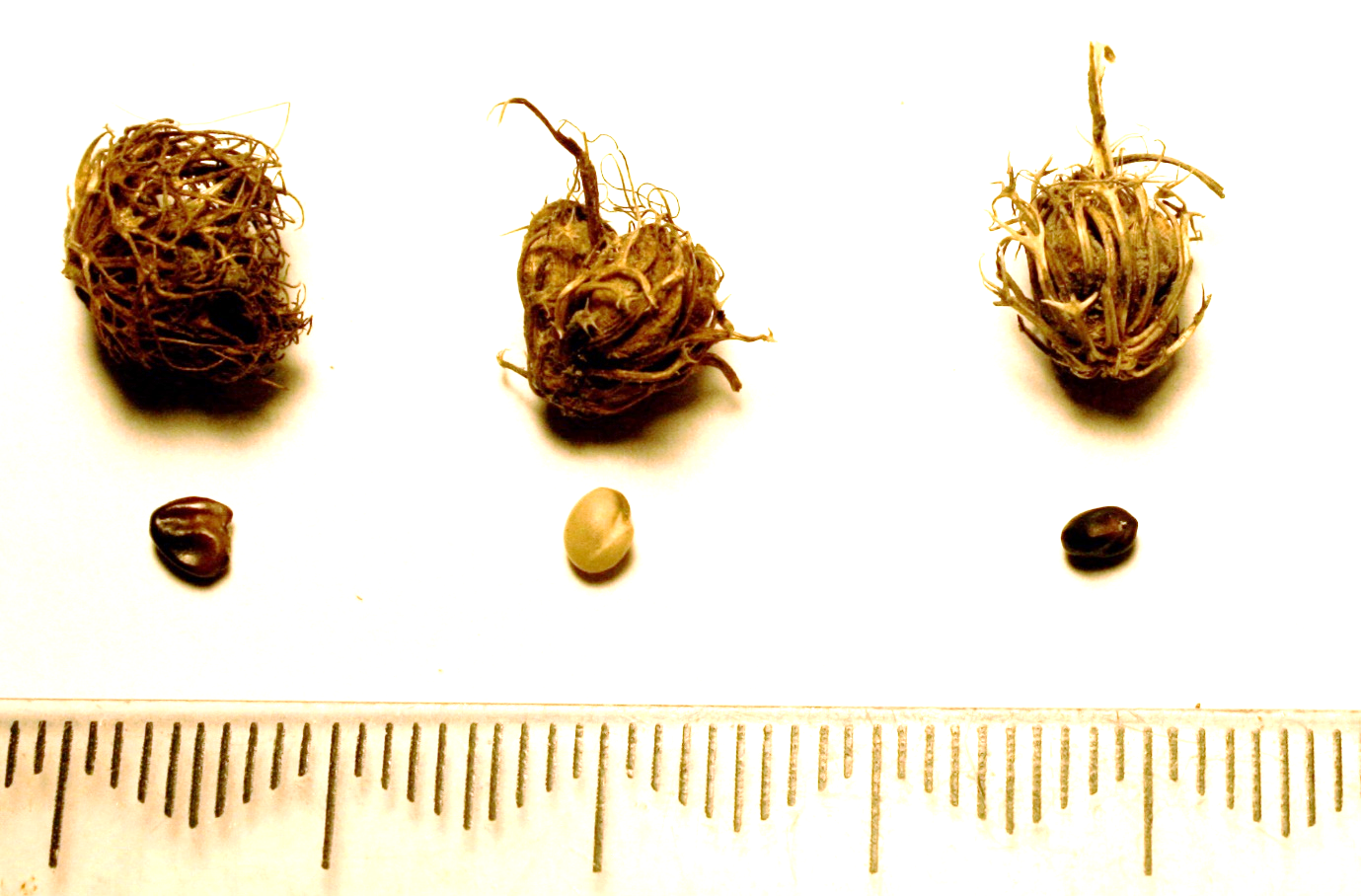 Generally, cultivars with strong burr burial are well adapted to short seasons. They evolved to cope with hot and dry conditions during seed set and seed development. The next image illustrates the morphological changes of a ‘Narrikup’ floret into immature seed, “green” seed and finally to dry seed. The floret/seed was detached from a burr.

Figure 6. Morphological changes of a ‘Narrikup’ seed (1.left up = floret; 5. Physiological maturity and last 6. Dry seed (Photo: David Hollander). Note that the dry seed is still contained in its brown colour “pod’. Once this layer is removed, the black seed coat is visible as shown in Figure 4 (right).

Part of the success of sub clover as forage pasture is attributed to burr burial. Burr burial is influenced by environment and management practices. Burrs easily peg down if the soil is soft and wet. Burr burial becomes difficult as the soil dries out in summer. We have noticed this in our experimental areas on Wakanui silt loam soils. Management of the plants also affects the burr burial. In spring, plant competition may cause the sub to elongate and long runners will not “peg” as many burrs, so fewer seeds are buried. Even the use of certain herbicides may affect burr burial and seed set (Lewis, T., personal communication, 2016). This will impact the seed germination and emergence of new seedlings in autumn (see our next sub clover post in the coming months!).